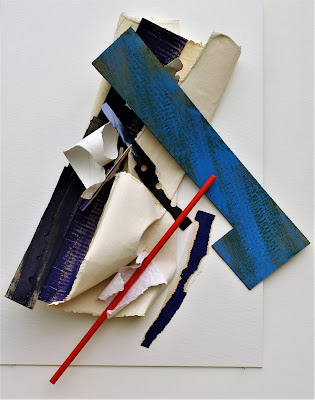 This work is a three-dimensional visual composite of several locations on the Penwith coast where the tidal surges interact dynamically and dramatically with the hard, geological landscape. 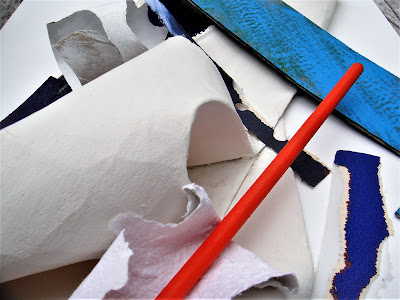 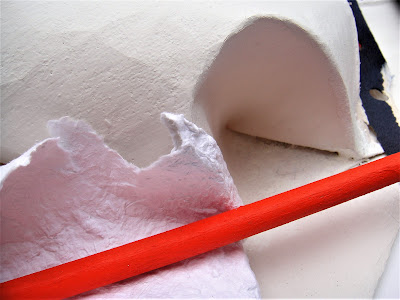 At Gwennap Head, for example, the red and the black and white navigation markers, appear incongruous in the natural landscape and have a strange, other-worldly feel, rather like the surreal, geometric sculptural objects in some of the paintings of Paul Nash, or of Giorgio De Chirico. 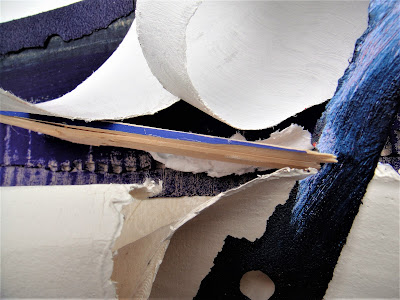 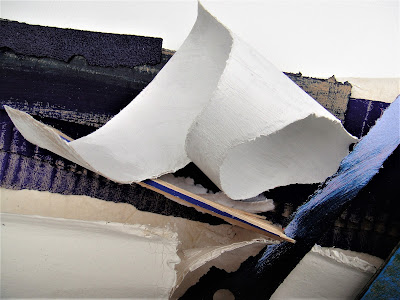 However, to describe these artefacts literally in a piece such as this would not be apposite, as the work is about extreme movement, colour and physical energy, so perhaps in the disorienting maelstrom of a coastal storm, the red cone becomes less distinct and more blurred. 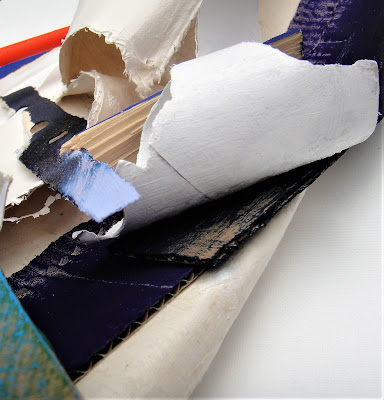 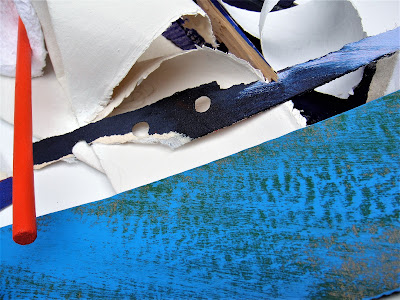 My painting from 2009, titled Wild Sea Rising, (in Gallery 1 of my web site) is concerned with the natural power and uncontrollable force of the ocean expressed in a painterly expressionistic manner, whilst in Seasurge Penwith the interaction between water, wind and coast is described using three dimensional materials. 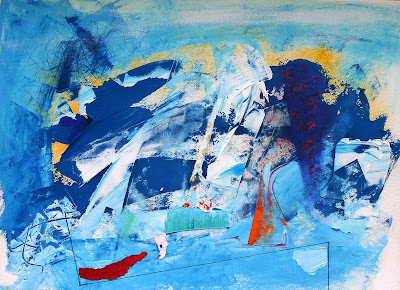 In his work, the late Cornish born painter Peter Lanyon, often depicts a complex version of landscape from multiple angles, rather than from the conventional single ‘window’ viewpoint, thus the image becomes an all-encompassing expression of experience, albeit in two dimensions. Lanyon also made three dimensional constructions in order to translate into visual terms complex phenomenological interaction.