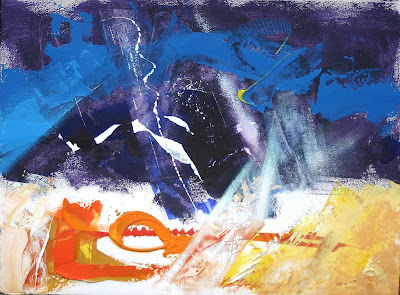 Posted by Grace Newman at 08:08 No comments:


With the help of a professional photographer, I am planning to make a video of a ‘journey’ through a selection of my ‘Elemental Series’. Rather like a helicopter, or a drone moving through a three dimensional, sculptural space.

Most of my wall-hung work is made on a flat surface, rather than on an easel, only placing it upright occasionally to assess its veracity. I have long been fascinated by the effect of laying the work flat, and then experiencing this as a kind of ‘terrain’, as if it were, almost literally, a landscape.

This piece is not from that series, is multi-coloured, and less dimensional in actual terms, but these still shots give some idea of how visually exciting that concept might be. 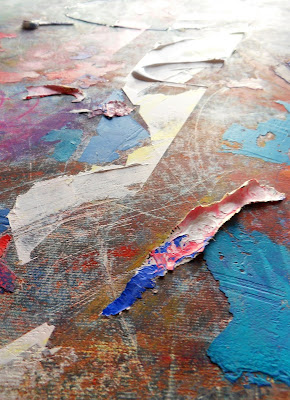 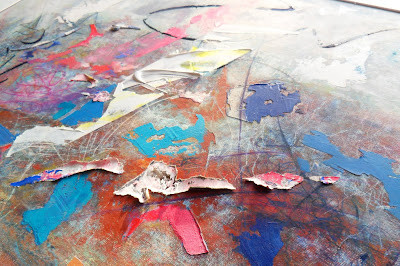 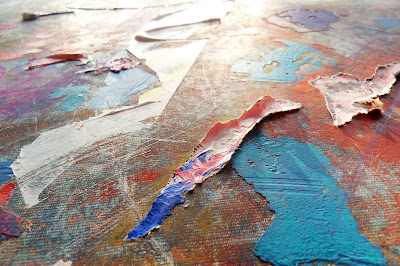 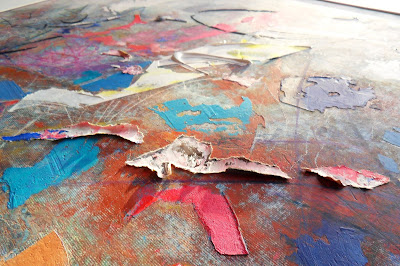 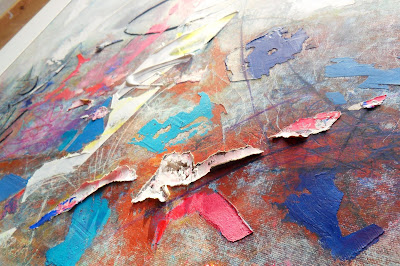 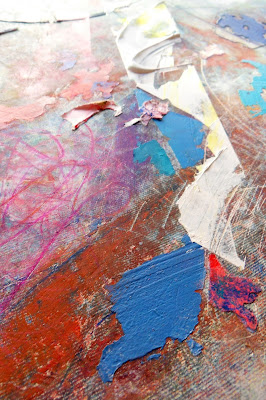 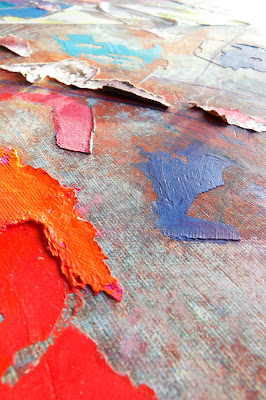 Posted by Grace Newman at 12:01 No comments: 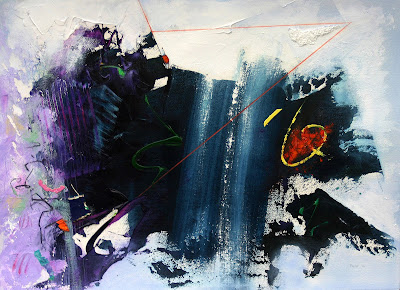 I made ‘Quantum Moment’ ten years ago, in 2009.
Essentially, it is about energy, a ‘controlled explosion’ of colour and form, and of course, could allude to a number of things, or to nothing, or at least to ‘no thing’.
A concentrated image, possibly emblematic of the constant destruction of innumerable galaxies far larger than our own throughout the immensity of time and space.
On the other hand, the title may allude to what is commonly referred to as ‘The Big Bang’ – the fraction of an instant some 13.8 billion years or so ago, when science tells us, the known universe and thus, time itself began; ostensibly from ‘no thing’.
A human-made rendering in paint and other materials essentially ‘of itself’, possibly symbolic of, but certainly no more than that, of an event so extraordinarily complex as to be beyond meaningful human visual or oral description or representation. But out of which, much later on in cosmic time, and as a consequence of evolutionary circumstances, human-kind evolved, with the capacity to make art, and to attempt to understand the circumstances in which he found him/herself.
When asked by Hans Hoffman if he painted from nature, Jackson Pollock retorted, ‘I am nature’!
Possibly, one of the most veracious, and thus one of the most valid artistic statements ever made.
George Taylor
August 2019
Taylor-Thwaites Studios, Stonewalls, Sturt Road, Charlbury, Chipping Norton, Oxfordshire, OX7 3EP
……………………………………………………………………………
Should you wish to view ‘Quantum Moment’ in our studio gallery please call us on 01608 810174
This work is in mixed media, measures 80 centimetres x 100 centimetres, it is on Saunders Waterford (300lb) Cotton Mould Made Acid Free Paper, and is set within a deep off white mount within a hardwood frame.

Posted by Grace Newman at 13:00 No comments: