Life in the abstract: George Taylor’s fifty years as an artist 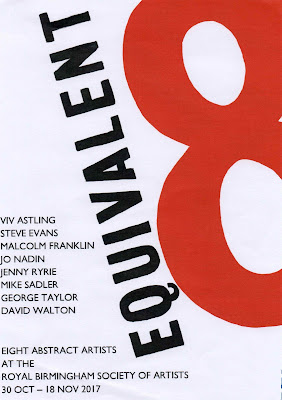 In his work, Taylor attempts to organise aggregated glimpses and fragments of form, the juxtaposition of vaguely referential, symbolic, abstracted and ambiguous marks being pivotal.

The product of this approach becomes a self-contained entity having a concrete existence in the natural world but not defined by it or dependent upon an illusory construct of it, but possibly having oblique or allusive references to it.

He strives to construct a compositionally coherent, essentially self-referential image that resists absolute definition or rigidly literal interpretation, free from the prop of the visually perceived world 'out there' or of the 'deceit' of the figurative.


George Taylor sees an inherent integrity in abstract art… through his visual world of ‘imagined spaces and specific places’ he explores how to communicate the complex.

He believes works of art essentially become objects, left to be encountered by others, and the power of abstraction is held in intensely felt forces, captured through art at a particular time and place.
ART BLOG asked Taylor what drives him to create, and what makes abstraction so compelling…
What drew you to abstraction?
My early training in art in the late 50s and early 60s involved drawing from life: pictorial composition, anatomy, colour analysis and the study of perspective…
It was a thorough traditional and academic grounding in the essential skills of perception and observation, none of which I regret.
However, I discovered very quickly that mere representation, even when undertaken skilfully and imaginatively, did not satisfy me.
I was inexorably attracted to what is popularly referred to as abstraction, or possibly more accurately, non-figuration.


I made my first fully abstract painting in 1961 and in 1963 began making white, wall hung abstract constructions with Michael Baldwin, later of the influential conceptual art collaboration Art and Language.
A little later in that year, I met and got to know the internationally-known painter Sir Terry Frost RA, and began to develop further my strong interest in colour, form and, critically, with abstraction, pictorial space.
What, for you, is the chief satisfaction to be had in making abstract art?
The virtually boundless freedom and creative possibilities it affords, in that one is not restricted to the depiction of a subject, or at least, to something ‘represented’.
Freedom, though, implies responsibility as a corollary, and amongst other things, the making of abstract art requires rigour, insight and dedication.

Of all the arts, abstract painting is the most difficult. It demands that you know how to draw well, that you have heightened sensitivity for composition and for colour, and that you be a true poet. This last is essential.
Wassily Kandinsky 1866 – 1944.

You have spoken of ‘the deceit of the figurative’… could you elaborate?
I don’t seek to criticise representational art, or to be controversial, and comparisons should not be an exercise in semantics.
Any attempt to reproduce an imitation of the objective world in paint, or any other medium, is arguably of the nature of a ‘deceit’ (the quotation marks are important) and the more skilfully this is done, then logically the more ‘deceitful’ it becomes.

Therefore, what are regarded as the best or most successful figurative paintings are also the most ‘deceitful’.
This though, does not detract from the fact that they remain the best figurative paintings, and amongst the very best works of art ever made.
It is crucial to regard the word ‘deceit’ in relation to its opposite ‘honest’, or perhaps, ‘deceitfulness’, as opposed to ‘honesty’.
Thus, a representation of the objective world on a two-dimensional plane is by definition, a ‘deceit’, as the resulting image is not ‘of itself’, but purports to be a representation of something outside of itself; whereas a non-figurative or abstract work is essentially self-referential, and therefore innately more ‘honest’.

Obviously, there are degrees of representation and thus of abstraction, but it is only when all objective references are excluded, and a work relies entirely on the materials of its making, does the result become wholly abstract and non-referential, and is therefore, more intrinsically ‘honest’ by definition.