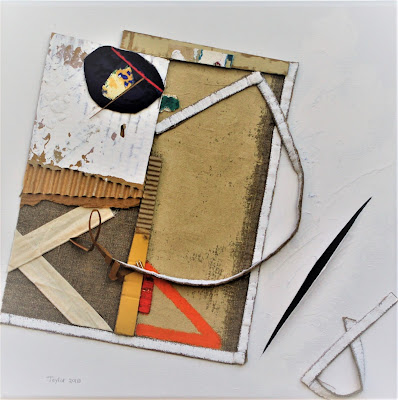 I have visited the site of the former mine complex at Botallack a number of times, over many years, and consequently have retained a clear image of that location in my memory, which I can access from my mental ‘filing system’ at any time, almost like a ‘picture postcard’ that I carry around in my head.

Except that my ‘picture postcard’ image is very different to the stereotypical, ready-made ‘composition’ of the dramatically situated, but now long derelict former Crowns engine houses, dropping sequentially and precariously down to the sea, with the tide pounding at the rocks into which their foundations are set. 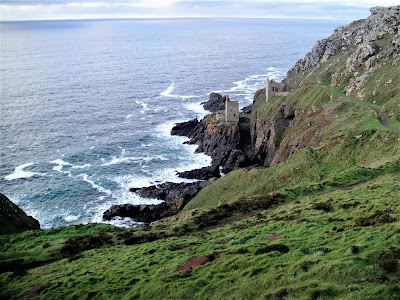 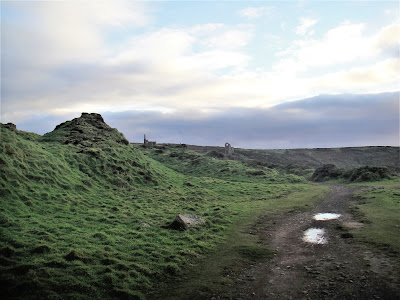 W.S. Grahams’ poignant poem, The Thermal Stair, about his friend, the Cornish born painter, Peter Lanyon, evokes the unique atmosphere of this and of other nearby places on this ‘Tin Coast’, with their bleak and seemingly, randomly placed archaeological remnants, which speak to me as much about the hardnosed and dangerous industry and fairly recent human history, as they do of an untainted, natural, and sublime coastal landscape.

Peter, I called and you were away, speaking
Only through what you made and at your best.

Look, there above Botallack, the buzzard riding……….. 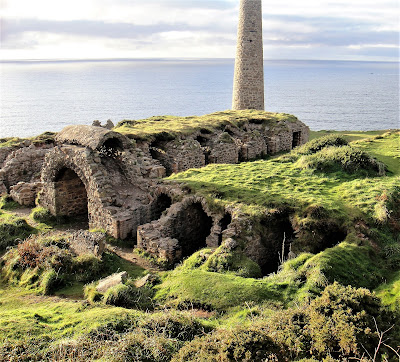 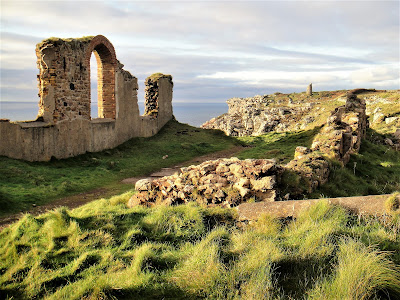 There are numerous, fragmented hints throughout this liminal coastal landscape, (as well as those lost in the mine-workings deep beneath the ocean) scattered bits and pieces, made as much from concrete and wrought iron, as from stone, which now abstracted from their original context, are gradually in the process of being reclaimed by nature and defaced by man, offering only vague clues as to their actual purpose within the whole. 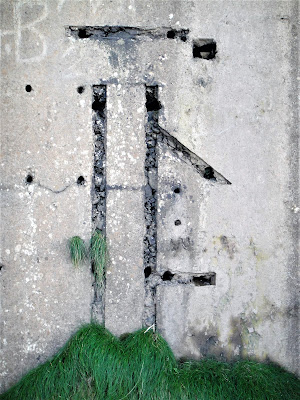 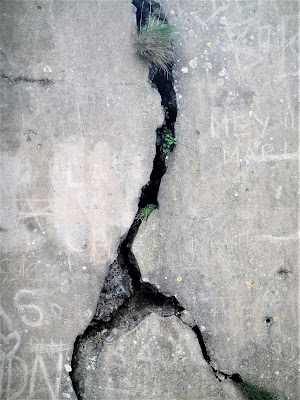 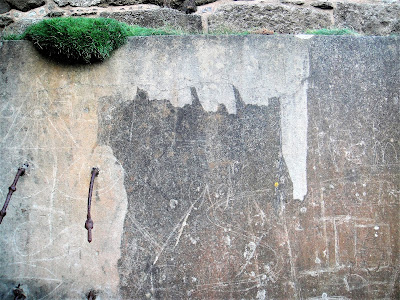 So a pictorial illusion, a realistic representation combining constructed perspective with ‘meticulous craft and miraculous detail’, to paraphrase Robert Motherwell; like a mere ‘picture postcard’, would not for me, do justice to the feelings and responses, these once unblemished natural coastal locations, now scarred and littered with strange and abandoned post-industrial detritus and relics, generate. 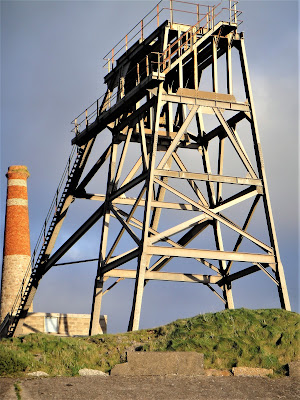 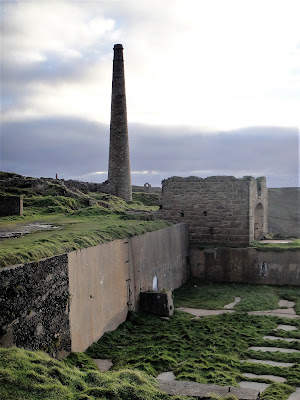 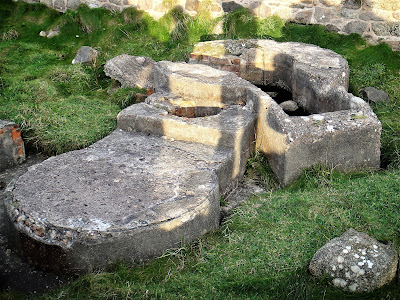 Therefore, a metaphorical and symbolic synthesis of what I have felt, and seen as a result of directly experiencing this dramatic location over a long period of time, a kind of abstracted reinvention, rather than a mere illustrative copy, is for me a truer means of expressing my particular sense of this place.

I do not rely on photographs to make an image, that would be disingenuous and counterintuitive, but I have included a few of the snaps I took at Botallack around ten years ago, simply as references for some of the visual elements used in Wheal Country.