...and THIS is why I love Artweeks!

Amidst a sea rolling with giant waves it’s easy to become disorientated, and faced with the Oxfordshire Artweeks guide it’s similarly tricky to orientate yourself. You’re desperate to dive in the enticing waters, but you’re not sure what kind of an experience you’re going to encounter, as the offer is simply overwhelming.How to find the needles in the haystacks? Separate the wheat from the chaff? Find those diamonds in the rough? Sometimes I think you’ve just got to dive in and hope for the best.I hadn’t been to Charlbury until last week. What a charming place it is. Bigger than I’d anticipated; and, that Friday, full to the rafters of Artweeks activities and guide grasping gad-abouts, hubby, off-spring and I included. In and around Charlbury we saw some good art, some ‘fun’ art, some inoffensive living-room ‘art’, some garden art… and at venue 161 we saw some stunning art.

Venue 161 offered everything one really wants in an Artweeks venue. A ‘Through the Keyhole’ style insight into who lives in a house like this. Turns out two artists who’ve recently relocated back to the Cotswolds from the Isle of Wight do. They were both exhibiting in different parts of their house, and exhibiting in the glass house in their back garden, which was once home to a hot tub, was the nephew of one of the artists. The artists’ work was unrelated, the welcome was warm, the exchange was fun, and the art was interesting… In a really good way. Practicing artists, at different stages in their developing careers, working through their concepts, and happy to chat to curious visitors about their processes and inspiration. The artists I’m referring to were George Taylor, Janice Thwaites, and Tim Collard – click through to their websites, and return to check their work out as part of the Oxfordshire Artweeks Christmas exhibition in November (there’ll be more info on the Artweeks website in due course), or get in touch with George Taylor through his website as he offers private studio visits by prior arrangement.

Anyway, the work… it was all good, and all interesting, but George Taylor’s was exceptional (see the below images). You know that slap on the forehead between the eyes sensation? That shock encounter of something really quite special that takes you by surprise because you weren’t actively looking for it? That. I sneaked up on George, he was sat at his computer with his back to the exhibition space. This gave me time to roam, inspect and admire his work without that feeling of being ‘watched by the artist’, which is sometimes a bit uncomfortable, particularly if the work’s rubbish and you spend your time circulating trying to think of positive feedback that doesn’t leave you feeling like a liar. Anyway, as I circulated in his direction I found myself moved to exclaim just how much I was enjoying his work. The layers, the textures, the composition, the application of paint and pastels, the scrapes, the scratches, the scalpel cutting away and revealing unexpected colour combinations – bloody brilliant! All works imbued with a very specific sense of place. Waves and washes of atmosphere, abstracted landscapes and seascapes all with a very real sense of history and time. Many of them watery and Isle of Wight-esque, Taylor’s work is sensational, in the literal sense of the word. These sculptural, almost architectural, paintings take the viewer on a journey, they’re mesmeric, captivating. This is highly idiosyncratic, great painting. It’s the kind of work that you want to invest in, and that you want to invest time in. I can imagine discovering new aspects of it as it grows older with you – like an adventure that you and the painting would embark upon together. I could go on, I could definitely invest, and may very well do just that come November, and THIS is why I love Artweeks!


George Taylor website
Posted by Grace Newman at 18:18 No comments:

Spaces of Invention and Places of Imagination

Occupying both Galleries 1 and 2 at the Royal Birmingham Society of Artists Gallery, is a major exhibition of selected, mixed media works from the year 2000 to the present by the artist George Taylor who I have admired for a long time. The exhibition entitled, Spaces of Invention and Places of Imagination, will include two paintings from 1961 and 1963, completed just after the outset of George’s career which now spans more than 54 years.

George Taylor, Wild Sea Rising.
George Taylor’s long development as an artist has come from a constant belief in painting in his own search for a visual language, which through his integrity and commitment towards abstraction has resulted in a body of work which may be considered as equivalent, not necessarily for a specific physical landscape feature so much as an allusion to an unseen, but intensely felt force in nature at a particular time and place.

George Taylor, The Air’s Buoyancy and the Sun’s Rays.
There is for George an optimistic belief in the nature of creativity experienced through the dynamics of risk-taking in visual terms. He explores the potential within the paradoxical nature of a space between certainty and doubt. It is the very nature of this dynamic that continues to inform his art and provide the fundamental principles underlying his purpose as an artist. 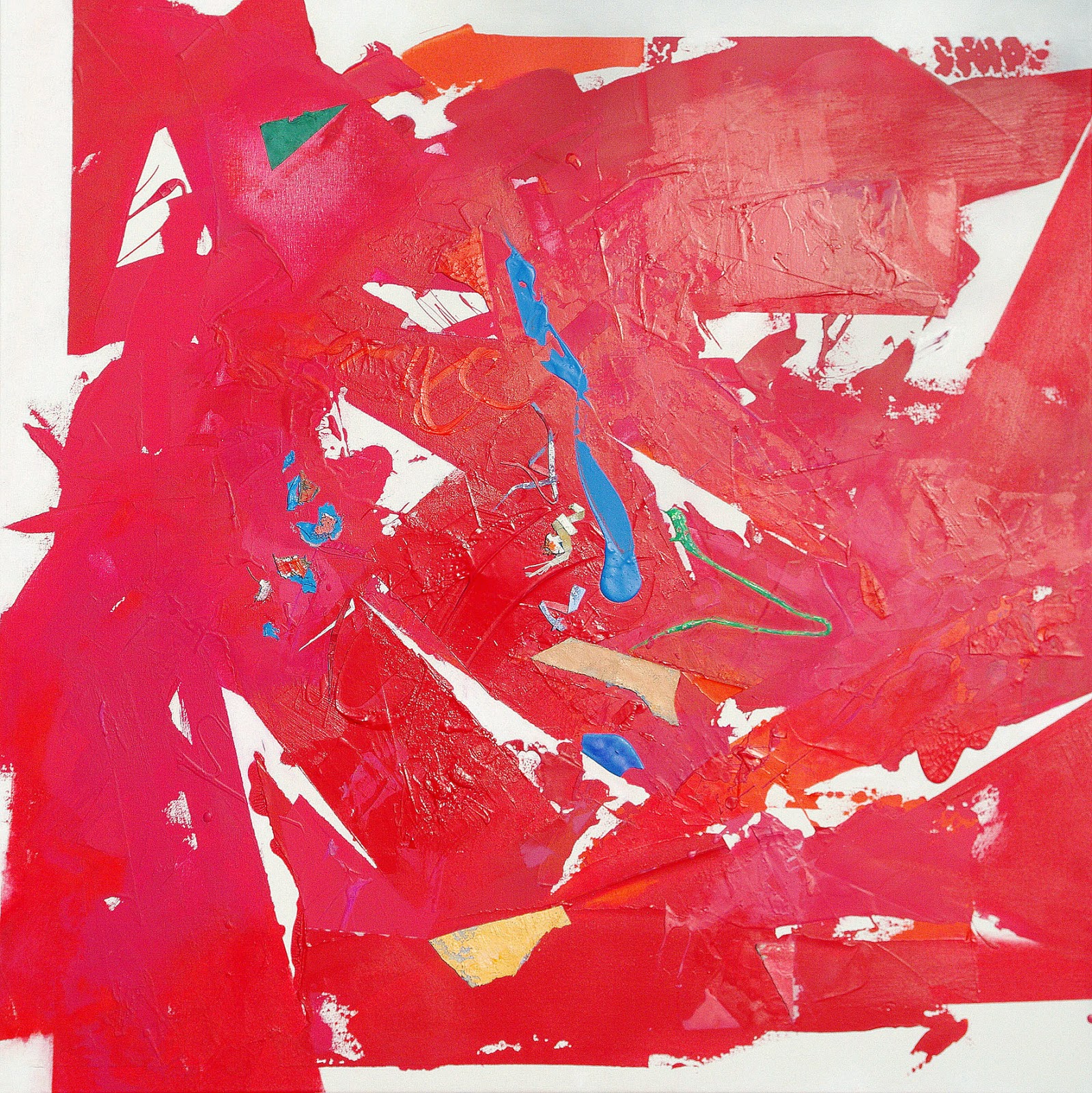 George Taylor says of his work: “for over 45 years I have sought to explore the mysteriousness of living through painting. So far as I can see, it is the magic of mystery that creates great art and art without that magic is lifeless.” 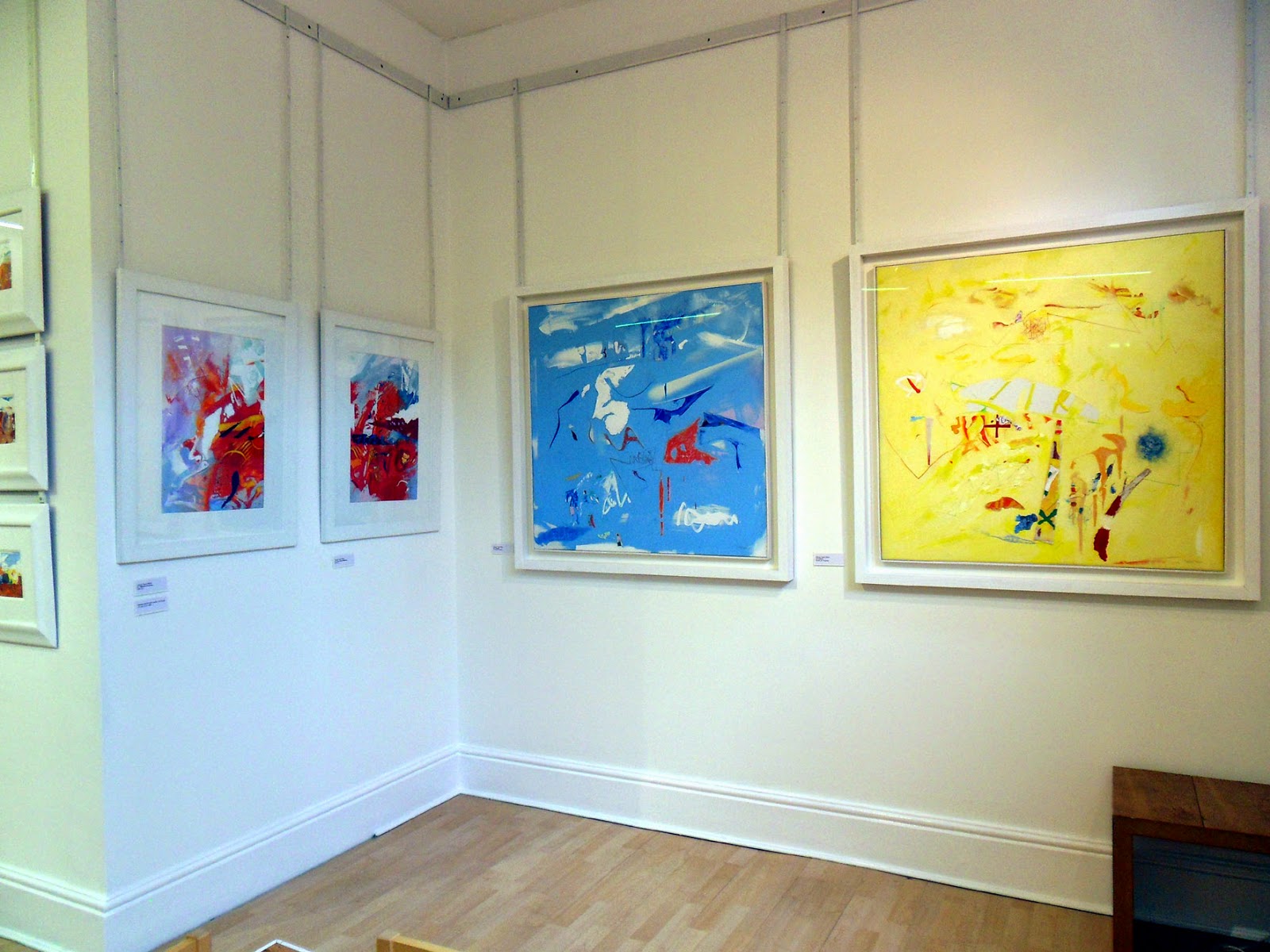 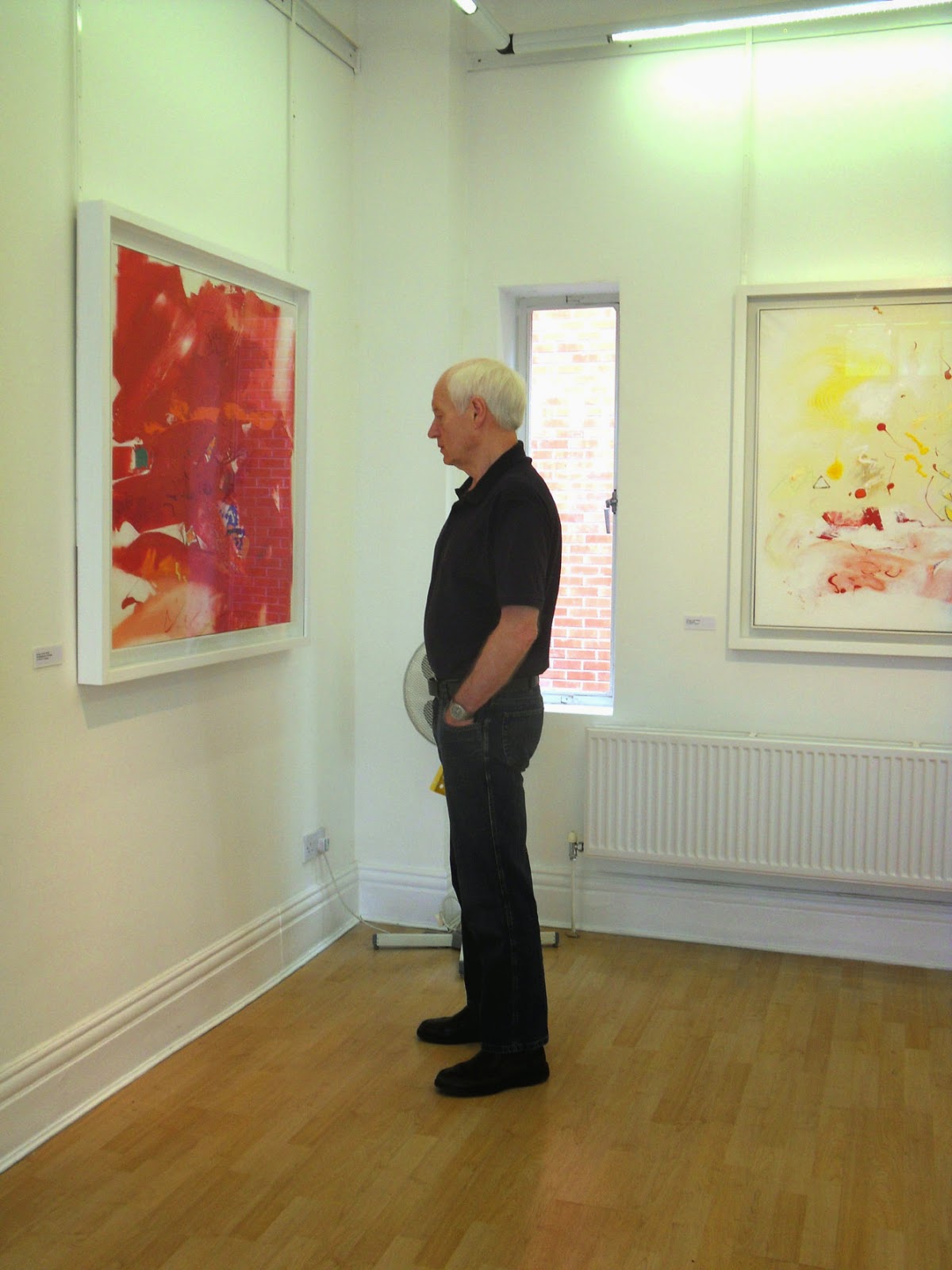 George Taylor at the RBSA
Original post at creativecloudfix

George Taylor website
Posted by Grace Newman at 17:36 No comments:

“For over 50 years I have sought to explore the mysteriousness of living through painting,” says contemporary artist George Taylor. “So as far as I can see, it is the magic of mystery that creates great art and art without that magic is lifeless.”
For 54 years Taylor has sought to create a visual language that conveys a world of places both real and imaginary, both physical and not. From this, his development as an artist has stemmed and blossomed to be exemplified at his solo exhibition, which opened on July 1st.
The exhibition will be open until the 13th of July and is being held at the Royal Birmingham Society of Artists. The pieces being shown are of mixed media and the time of their completion ranges from the year 2000 to the present, an especially prolific period in Taylor’s career.


His work is so uniquely alive, as it possesses gestural qualities but provides a more polished result. It is rough but deliberate. His use of fragments and demonstration of only moments of a form is somewhat poetic. He appears to apply guidelines to lead the viewer to a specific idea or intention, however, the path is not completely clear. Certain aspects are left open to viewer interpretation, which leaves the promising success of Taylor’s exhibition in the hands of his audience.

Posted by Grace Newman at 17:08 No comments: